Save to Listen Later
Podcast: The Cult of Pedagogy Podcast
Episode: 150: A Few Creative Ways to Use Student Blogs
Pub date: 2020-07-19 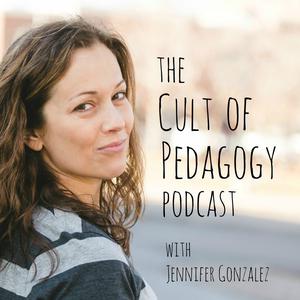 Since blogs first showed up on the internet, they have really evolved as a genre, and they’re a smart choice for a robust, long-term assignment. In this episode I’ll share six different kinds of blogs students can write, along with advice on assessment, technology, and ways students can take their blogs beyond school.

The podcast and artwork embedded on this page are from Jennifer Gonzalez, which is the property of its owner and not affiliated with or endorsed by Listen Notes, Inc. 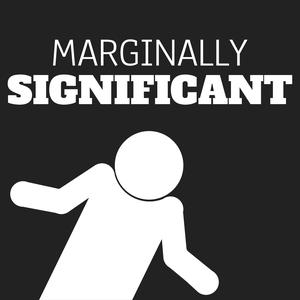 The podcast and artwork embedded on this page are from Andrew Smith, Twila Wingrove, Andrew Monroe, and Chris Holden, which is the property of its owner and not affiliated with or endorsed by Listen Notes, Inc. 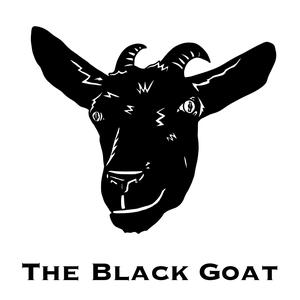 Part of academic life means talking to new people about yourself and your work – whether it’s on a job interview, at a conference, or casual conversations outside of academic settings. In this episode we talk about talking to strangers. How do you answer default academic small-talk questions like “tell me about your work?” How do you shake out of them to move a conversation somewhere more interesting? Should you prepare or practice an elevator pitch? And when, if ever, is it safe to take off your headphones on an airplane? Plus: We try to answer a letter about how the academic job market in the U.S. views doctoral degrees from Australia.

Our theme music is Peak Beak by Doctor Turtle, available on freemusicarchive.org under a Creative Commons noncommercial attribution license. Our logo was created by Jude Weaver.

The podcast and artwork embedded on this page are from Sanjay Srivastava, Alexa Tullett, and Simine Vazire, which is the property of its owner and not affiliated with or endorsed by Listen Notes, Inc. 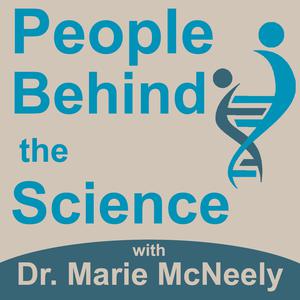 Dr. Uri Tabori is a Staff Physician in the Division of Haematology/Oncology, Senior Scientist in the Genetics & Genome Biology program, and Principal Investigator of The Arthur and Sonia Labatt Brain Tumour Research Centre at The Hospital for Sick Children (SickKids). In addition, Uri is a Professor in Paediatrics and Associate Professor in the Institute of Medical Sciences at the University of Toronto. Uri works as a physician treating kids with cancer, particularly brain tumors. Through his research, he is working to identify drugs and make new discoveries that may cure cancers or improve patients’ lives. When he’s not hard at work in the lab or clinic, Uri enjoys spending time with his family, watching American football, and exploring the wilderness of Canada. In particular, he is fond of canoeing and canoe camping with his family. He received his MD from the Hadassah School of Medicine of Hebrew University in Israel. Afterwards, he completed a Rotating Internship and his Residency in Pediatrics at the Sorasky Medical Center in Israel. Next, Uri accepted a Fellowship in Pediatric Hematology and Oncology at the Sheba Medical Center in Israel. He served as a Staff Physician in Pediatric Hematology and Oncology at The Sheba Medical Center for about a year before accepting a Research and Clinical Fellowship at The Hospital for Sick Children in Canada SickKids where he remains today. Over the course of his career, Uri has received numerous awards and honors, including the Early Researcher Award from the Ontario Ministry of Development and Innovation, the New Investigator Award from the Canadian Institute of Health Research, the Junior Physician Research Award from the University of Toronto Department of Pediatrics, The New Investigator Award from the Terry Fox Foundation, A Eureka! new investigator award from the International Course of Translational Medicine, A Merit Award from the American Society of Clinical Oncology Annual Meeting, and The Young Investigator Award from the Canadian Neuro-Oncology Society. In our interview, Uri shares more about his life, science, and clinical care.

The podcast and artwork embedded on this page are from Dr. Marie McNeely, featuring top scientists speaking about their life and c, which is the property of its owner and not affiliated with or endorsed by Listen Notes, Inc.

Save to Listen Later
Podcast: Fast Track Impact
Episode: Transformative and disruptive impact. Part 2 – for you as a researcher
Pub date: 2019-06-22 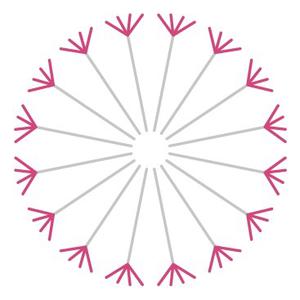 In this episode, Mark explores how you can become more resilient as a researcher, using grant and publication rejection and workplace bullying as examples. Strategies based on robustness and rapid recovery may work in some circumstances, but adaptive and transformative strategies have the potential to give us longer term resilience to a wider range of unpredictable challenges, in some cases transforming pain into the richest experiences of our careers.

The podcast and artwork embedded on this page are from Mark Reed, which is the property of its owner and not affiliated with or endorsed by Listen Notes, Inc. 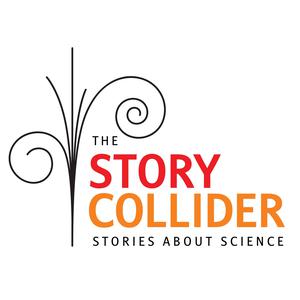 This week we present two stories from the math classroom.

Part 1: High school math whiz Tori Ball has always hoped a boy would fall in love with her mind, but when it finally happens, she’s not sure how she feels.

Tori Ball is a high school math teacher in Rockville, Maryland. She spends her days taking derivatives, graphing parabolas, and making young people giggle when she says the word “asymptote.” Back when she was a high school student in Rockville, Maryland, Tori’s antics on the morning announcements earned her the nickname “Tori with the Story” – a moniker that remains appropriate to this day. Tori has shared stories on stage in DC with Story District, the Moth, and Perfect Liar’s Club – and is excited for her Story Collider debut!

Maryam is a molecular biologist who traded in her pipettes for the world of science policy and advocacy. She comes to D.C. from the concrete jungles of New York, where she received her PhD from The Rockefeller University. She co-hosts the science policy podcast Science Soapbox, and her words have appeared in Slate, Scientific American, and Quartz. Her cat is named Tesla, after Nikola and not Elon Musk’s car. For insights like this and more, follow her on Twitter @webmz_

The podcast and artwork embedded on this page are from Erin Barker & Liz Neeley, which is the property of its owner and not affiliated with or endorsed by Listen Notes, Inc. 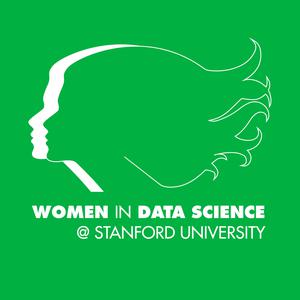 Our WiDS Ambassadors in Paris and Beirut discuss the impact of the growing WiDS presence and communities in their countries. Christiane Kamdem, a native of Cameroon and WiDS Ambassador in Paris, is a senior data scientist at the French energy company Total where she analyzes data to create new services and improve market impact. WiDS Beirut Ambassador Lama Moussawi is an Associate Professor at the Olayan School of Business at the American University of Beirut (AUB) where she conducts research and teaches management science.

Both women became WiDS ambassadors because they believe that role models, education, and community can make a real impact. “I believe in the vision of WiDS, which is to inspire, educate, and get educated in the field of data science, and to encourage and support more women and girls to join the field,” Lama says during a conversation with Margot Gerritsen, Stanford professor and host of the Women in Data Science podcast.

Lama grew up in in Lebanon at a time of war. “It wasn’t expected that girls would go to university. Girls were expected to get married and be mothers. So when I applied to universities and I got accepted at AUB with a scholarship, it was a great opportunity that I went for and then things started from there,” she says.

She explains that young girls in the Middle East are very smart and have the quantitative skills, but they need support. WiDS provides support, guidance, and mentorship. “By showcasing role models, stellar female experts in the field, we are encouraging those young girls to not to be afraid to join,” she says. “Events like WiDS help us defy those barriers and those challenges that exist for women.”

Christiane says the majority of the students in her grad school in Cameroon were men, and even now, she is the only woman on a team of five data scientists. After getting her Master’s degree, she started to participate in events to attract more young women in STEM fields. “It’s very important to inspire the next generation, and it’s important to build a kind of network of data scientists that can be models for the next generation. Because when you have a model, you want to be like this model,” says Christiane.

Both women have helped to host regional WiDS events that are making an impact in their local communities. The most recent WiDS event in Paris had nearly 250 participants. Christiane says she not only gained a lot of technical knowledge about data science, she also heard the stories from many women who had to struggle in order to be where they are now. “It was very instructive to hear that various paths can lead to great achievements,” she says.

Over the past two years the WiDS events at AUB in Beirut have gotten bigger and generated more awareness. In 2019, many more people were interested and wanted to attend the event. “We are seeing a lot of institutional support, and huge support of the local community,” says Lama. “More and more companies are participating, sending their employees, and contacting us to work on initiatives related to supporting women to join the data science field.” 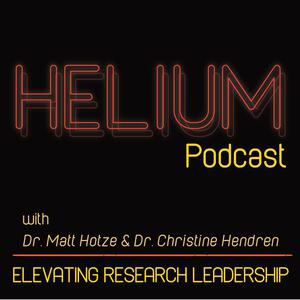 In this final episode of the show we sat down with our advisor Mark Wiesner. Mark is a member of the National Academy of Engineering and a long time Department Chair at Duke University. He also has directed of the Center for the Environmental Implications of NanoTechnology for 10+ years where he worked with Christine. Mark has shared insights about trust and building relationships throughout your career. This is the perfect capstone to the show. Please consider heading over to Patreon and supporting Helium Podcast so we can pay to keep the show online and on the podcast servers.

The podcast and artwork embedded on this page are from Christine Ogilvie Hendren and Matt Hotze, which is the property of its owner and not affiliated with or endorsed by Listen Notes, Inc.