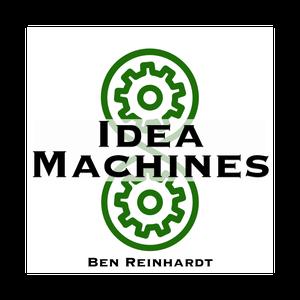 In this episode I talk to Joel Chan about cross-disciplinary knowledge transfer, zettlekasten, and too many other things to enumerate. Joel is an a professor in the University of Maryland’s College of Information Studies and a member of their Human-Computer Interaction Lab. His research focuses on understanding and creating generalizable configurations of people, computing, and information that augment human intelligence and creativity. Essentially, how can we expand our knowledge frontier faster and better.

This conversation was also an experiment. Instead of a normal interview that’s mostly the host directing the conversation, Joel and I actually let the conversation be directed by his notes. We both use a note-taking system called a zettlekasten that’s based around densely linked notes and realized hat it might be interesting to record a podcast where the structure of the conversation is Joel walking through his notes around where his main lines of research originated.

More meta-experiments: An entry point to Joel’s Notes from our conversation

– scite.ai – Canonical way you’re supposed to do scientific literature – Even good practice – find the people via the literature – Incubation Effect – Infrastructure has no way of knowing whether a paper has been contradicted – No way to know whether paper has been Refuted, Corroborated or Expanded – Incentives around references – Herb Simon, Allen Newell – problem solving as searching in space – Continuum from ill structured problem to well structured problems – Figuring out the parameters, what is the goal state, what are the available moves – Cyber security is both cryptography and social engineering – How do we know what we know? – Only infrastructure we have for sharing is via published literature – Antedisciplinary Science – Consequences of science as a career – Art in science – As there is more literature fragmentation it’s harder to synthesize and actually figure out what the problem is – Canonical unsolved problems – List of unsolved problems in physics  – Review papers are: Hard to write and Career suicide – Formulating a problem requires synthesis – Three levels of synthesis 1. Listing citations 2. Listing by idea 3. Synthesis – Bloom’s taxonomy  – Social markers – yes I’ve read X it wasn’t useful – Conceptual flag citations – there may actually be no relation between claims and claims in paper – Types of knowledge synthesis and their criteria – If you’ve synthesized the literature you’ve exposed fractures in it – To formulate problem you need to synthesize, to synthesize you need to find the right pieces, finding the right pieces is hard – Individual synthesis systems:       – Zettlekasten       – Tinderbox system       – Roam

The podcast and artwork embedded on this page are from Benjamin Reinhardt, which is the property of its owner and not affiliated with or endorsed by Listen Notes, Inc.