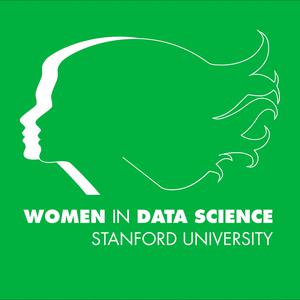 Kristian’s interest in statistics and algorithmic fairness has taken her on a winding career path from academia to business, to public service, and back to academia. As she has made different career changes, she didn’t decide between academia vs. industry vs. non-profit, it was more about the problem she was interested in working on at the moment, and what else is happening in her life.

After she earned her PhD in Statistical Science from Duke University, she worked as a research professor at Virginia Tech where she did microsimulation and agent-based modelingin a simulation lab. After that, she tried a data visualization and analytics startup called DataPad that was quickly acquired. When she was thinking about her next step in her career, she wanted to do something with social impact.

She was fascinated by the work of the Human Rights Data Analysis Group (HRDAG) that was applying statistical models to casualty data to estimate the number of undocumented conflict casualties. She spent a summer working for HRDAG in Colombia and then decided to join the organization full time. She spent five years as HRDAG’s lead statistician leading the group’s project on criminal justice in the United States focused on algorithmic fairness and predictive policing. Predictive policing uses algorithms to help the police decide where to deploy their resources based on crime statistics, so if you look at where crimes are most likely to occur, this is where you police more often. Kristian’s work showed that these algorithms could actually perpetuate historical over-policing and racial bias in minority communities.

Early this year, she moved from HRDAG back to academia. She started her new position at the University of Pennsylvania in the Computer and Information Science Department on March 2 and a week later Penn closed down for COVID. Over this year, she has learned that she needs to adjust her expectations for herself, and not be so frustrated when she can’t get things done that maybe under normal circumstances she could. It’s not just working from home with her daughter nearby, it’s the stress of everything that’s going on, the additional mental fatigue of having to do all these risks calculations. This year has also made her appreciate the increasingly critical role of data science in driving data-driven decision making.