Save to Listen Later
Podcast: The Story Collider
Episode: Mental Health: Stories about having crises of the mind – Part 2
Episode pub date: 2019-05-24 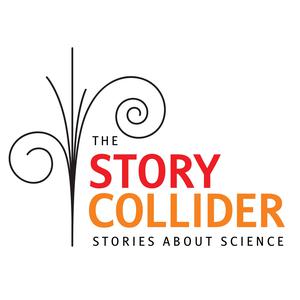 This week we present two more stories about people who need help to deal with mental health.

Part 1: Comedian Zack Stovall reevaluates his past battles with his mother in light of a new diagnosis.

Part 2: Audrey Kearns’ big opportunity to appear as a panelist at a “nerd-convention” turns disastrous when she has an unexpected reaction to a new antidepressant.

Zack Stovall is a writer, producer, cartoonist, and  comedian. He currently produces the Story Collider and has performed  stand-up and sketch comedy across the South, Midwest, and New York. Zack  has written for St. Louis Magazine and Vulture, and is the author of a  collection of cartoons, ‘Fancy Things.’ He currently lives in New York  City with his wife, Rebekah, and their goldendoodle, Newman. Zack tweets as @zstovall and lost most of his hair sometime in 2009.

Audrey Kearns is a writer, actor and producer. She majored in both  theatre and political science at the University of Florida. The  political science degree was to make her mother happy because her mother  thought that living as an actor would be god-awful. She was right.  Audrey is the founder and editor-in-chief of the influential pop culture  website, Geek Girl Authority. She hosts and produces the podcasts Geeky  Fun Time, Kneel Before Aud and 5 Truths and a Lie. She is a Los Angeles  producer and host of The Story Collider. She also wrote, produced and  performed in the successful one-person comedy Obsessively Okay which  somehow managed to combine her battles with Obsessive Compulsive  Disorder with her love for Star Trek cosplay. If that’s not nerdy enough  for you, then just ask her to show you the two separate inhalers she  carries with her at all times