Save to Listen Later
Podcast: Parsing Science: The unpublished stories behind the world’s most compelling science, as told by the researchers themselves.
Episode: Global decline of homicide – Mateus Rennó Santos
Pub date: 2019-12-10 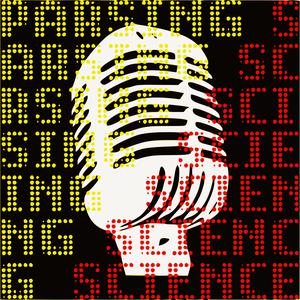 The global decline of births from 1990 and 2015 has to a reduction in the proportion of people aged 15-29. So might this explain why the world’s homicide rate has dropped by nearly 20%? In episode 64, we’re joined by Mateus Rennó Santos from the University of South Florida. He talks with us about his research into how an aging population is a driving force behind the decline in homicide that most countries across the globe have enjoyed for the past three decades. His article, “The contribution of age structure to the international homicide decline,” was published with Alexander Testa, Lauren Porter, and James Lynch on October 9th, 2019 in the open access journal PLOS One.
Global decline of homicide – Mateus Rennó SantosGlobal decline of homicide – Mateus Rennó SantosGlobal decline of homicide – Mateus Rennó Santos Global decline of homicide – Mateus Rennó SantosGlobal decline of homicide – Mateus Rennó SantosGlobal decline of homicide – Mateus Rennó Santos@rwatkins says:Next time, in episode 65 of Parsing Science, we’ll be joined by Luke Chang from the Department of Psychological and Brain Sciences at Dartmouth College. He’ll discuss his research into socially transmitted placebo effects, through which patients can pick up on subtle facial cues that reveal their doctor’s beliefs in how effective a treatment will be.@rwatkins says:Mateus and his colleagues found that a one percentage point increase in the proportion of youth in a population was associated with an increase in the homicide rate of 5.4%. So, a big takeaway from the paper for us was that demographic patterns deserve special attention in explaining homicide trends. We finished our conversation by asking Mateus what he believes the broader implications of their findings are.@rwatkins says:With data spanning nearly 70 years across multiple countries, inevitably, some data points were missing in the UNODC and WHO’s materials. However, statistical techniques allow for “imputing” missing data with substitute values derived from the data that are available. Mateus explains next how he and his team applied this technique in their study.@rwatkins says:While demographic variables can be controlled for in a statistical analysis, conditions that produce higher crime rates – such as those related to political,
social, and economic distress – might also account for the decrease in homicide among an aging population. So Doug and I asked Mateus how these variables were accounted for.@rwatkins says:As Mateus mentioned earlier, just as a population’s average age relates to its homicide rate, so too does a country’s income inequality and its relative safety and security. But since there could be many other factors that explain the associations between these variables, we were curious how potential confounds were adjusted for in the project.@rwatkins says:While the UN dataset tracked 126 of the world’s countries with more than 1 million residents in 2015, the data only capture homicides since 1990. Conversely, the W H O Mortality Database captured homicide data since 1950, but for a much smaller set of countries. So Doug and I followed up by asking Mateus about the extent to which the data were representative of all the world’s nations … or of only a few.@rwatkins says:Mateus and his colleagues triangulated their data from two sources: the United Nations Office on Drugs and Crime, or UNODC, and the World Health Organization, or W H O. As the data spanned nearly 70 years, Ryan and I were interested in what this breadth of data allowed for … that’s less available when looking at a more constrained period of time.@rwatkins says:While homicide is projected to cause more deaths globally by 2030 than infectious diseases such as tuberculosis, it’s also true that – nearly every year since the turn of the 21st century – more people have been murdered than have lost their lives to war. Mateus helps us understand this seeming paradox after this short break.

The podcast and artwork embedded on this page are from Parsing Science: The unpublished stories behind the world’s most compelling science, as told by the researchers themselves., which is the property of its owner and not affiliated with or endorsed by Listen Notes, Inc.