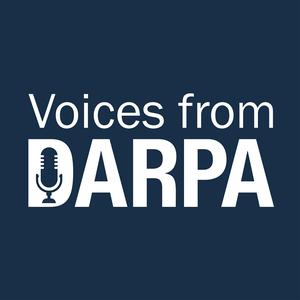 Voices from DARPA podcast, Alexander (Xander) Walan, a program manager since 2017 in the agency’s Tactical Technology Office, pegs the source of his lifelong fascination with aircraft and flight to the Chicago Air and Water Shows his dad took him and his four siblings to when they were children. At DARPA, he has applied that interest, his training in aeronautical engineering, a 22-year career in the Air Force overseeing some 70 technology-development programs, and an MBA to his oversight of programs featuring DARPA’s signature audacity. One program that Xander inherited from a previous program manager proved it was possible to fly and navigate massive aircraft in the stratosphere as potential supplements to satellites by exploiting differing wind conditions at differing altitudes.Test flights of the huge balloons at the center of the program triggered reports of UFOs. Another one of his programs took steps toward aircraft capable of vertical take-off and landing (VTOL), like a helicopter or drone, but at unprecedented speeds of hundreds of miles per hour. No X-plane prototype came out of that effort, but pathways forward and dead-ends to avoid did. Xander’s current primary project, known as the Control of Revolutionary Aircraft with Novel Effectors (CRANE) program, is investigating ways of controlling how air flows over aircraft surfaces to open engineering pathways toward planes that can be steered without the need for moveable surfaces. One more thing: Xander recently got the green light for a small initiative to pursue, in his words, “battlefield personal mobility,” which could lead to small, quiet paragliders or helicopters as well as a type of aeronautic equipment long emblematic of the future: jet packs. Says Xander, “there’s some technology that’s now emerging that might make that more practical.” https://www.darpa.mil/about-us/podcast

The podcast and artwork embedded on this page are from DARPA, which is the property of its owner and not affiliated with or endorsed by Listen Notes, Inc.